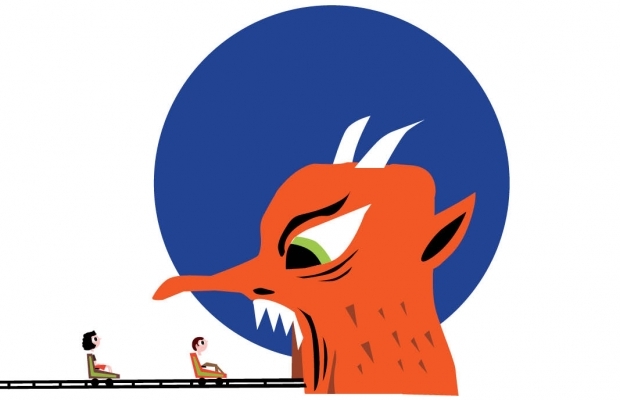 "Luuuuna", , is a multi-disciplinary art project which allowed the whole family to experience a sassy, playful fairground. The “Luuuuna” park was open , 10-16 August 2017, as part of the International Puppet Theater Festival.

“Luuuuna” was a placed of secrets that entices the audience with its fairground attractions, hall of illusions, an imaginary global journey in the ghost train, and a battleground where a girl kung-fu fighter triumphs over monsters, as well as such Wonderful Weirdos as the Bearded Lady, Siamese Twins and many many more….

The Space Station: With the generous support of the Karel Zeman Museum, Prague and the Czech Cultural Centre

Staged with the support and generosity of the